A pretty marriage of much local interest was solemnized in Parsons today, when Miss Mary Gill was united to Michael Gannon, both of Parsons, in St. Dominic's Catholic church at 7:30 o'clock by Rev. J. J. Ruddy, pastor of the church. The ceremony was performed with a nuptial mass.

The bride made a smart appearance in an attractive gray traveling suit, hat to match. Her attendant maid, Miss Bridget Gill, a cousin of the bride, also looked charming in a similar attire. James Fortune was the best man.

After the ceremony the bridal party with the immediate friends and relatives of the contracting parties repaired to the bride's home, where a nuptial breakfast was served.

The happy pair left on the 11 o'clock train for a couple of weeks' wedding tour and upon its termination will take up their residence in Parsons where Mr. Gannon enjoys a lucrative business.

The bride is unusually vivacious and interesting, who enjoys the high esteem of a large circle of friends. 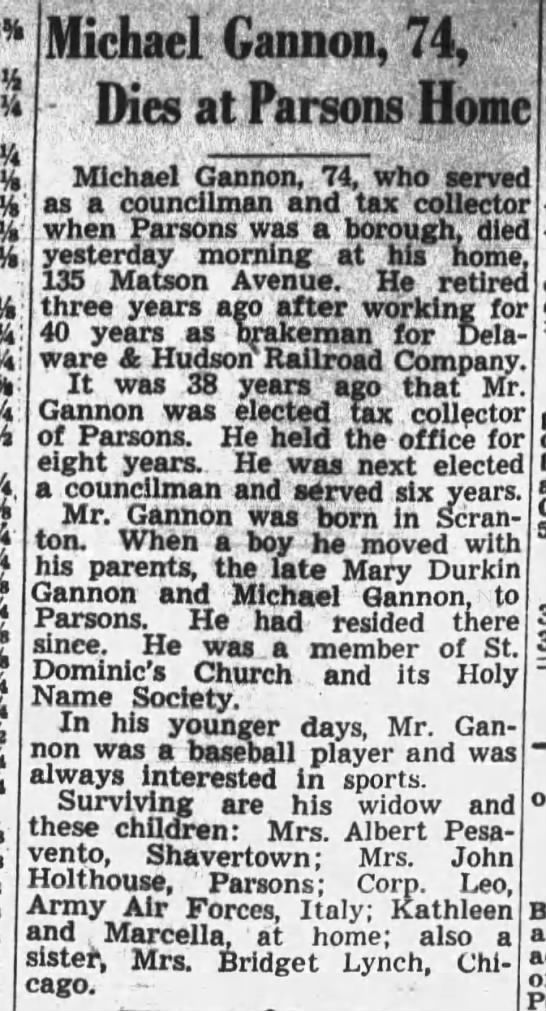 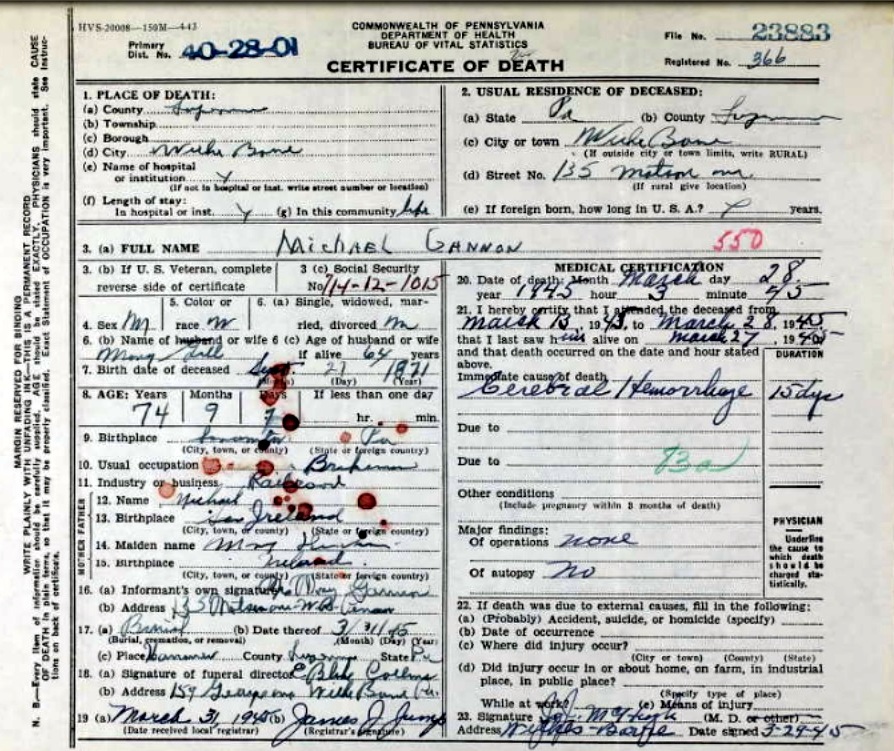