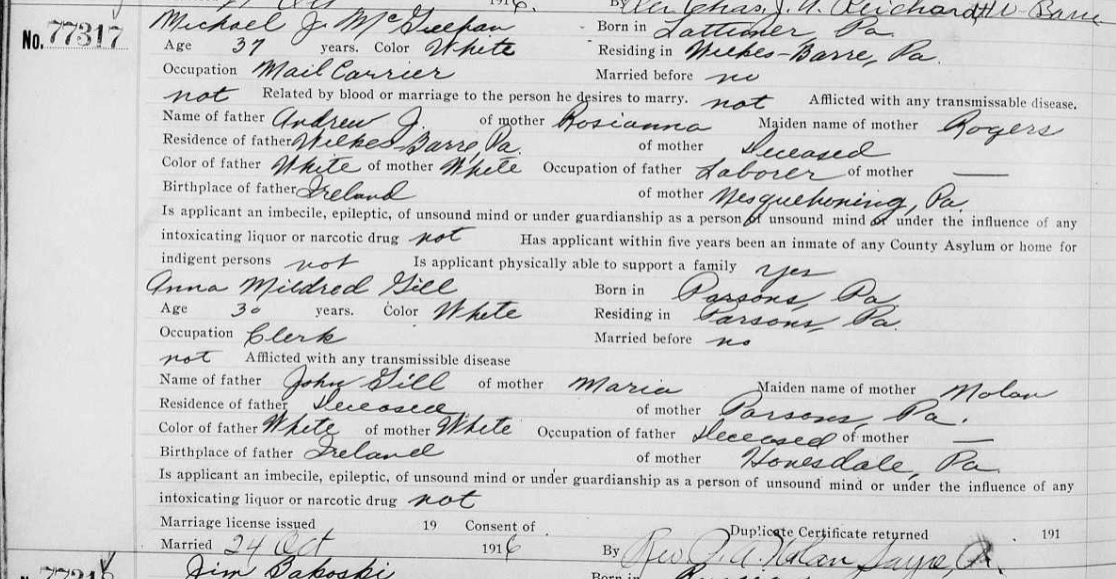 McGeehan-Gill- In Parsons, Oct.24, by Rev. P. A. Nolan, Michael J. McGeehan, of this city, and Miss Anna Mildred Gill, of Parsons.

Michael McGeehan, employed as a mail carrier in this city for 23 years, died at 5 yesterday afternoon at his home, 209 Oliver Street, Parsons, after several weeks illness.

Mr. McGeehan was the son of the late Andrew McGeehan and was well known and highly respected. He was a past president of the Holy Name Society of St. Dominic's Church, Parsons, and for years was active as a church worker.

Surviving are his wife, who before marriage was Alice Lynn of Miners Mills; four children, Thomas, Dorothy, Margaret and Joan; a brother, John McGeehan, and three sisters, Mrs. Agnes Templeton and Ella and Anna McGeehan.