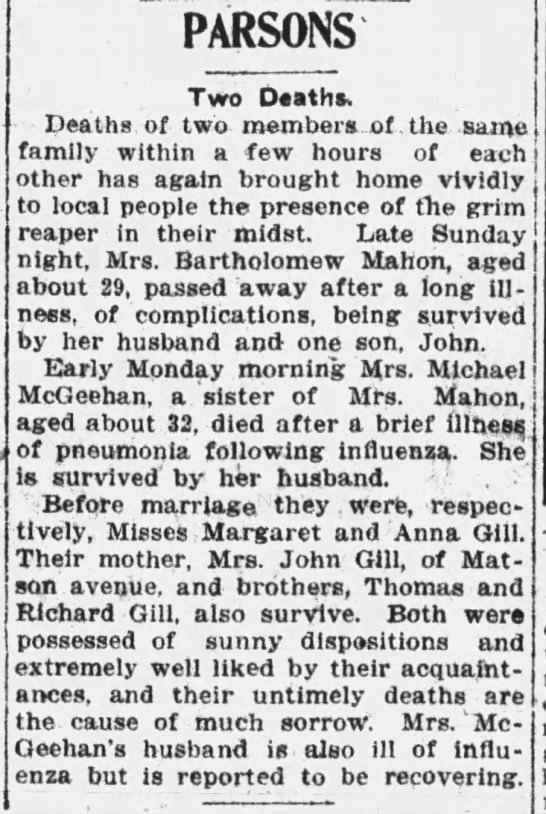 The funeral of the late Mrs. Michael McGeehan and Mrs. Bartholomew Mahon will be held from their respective homes on Matson avenue this morning at 10o’clock. Interment will be in St. Mary’s Cemetery, Hanover.

In the account of the deaths yesterday the names of two sisters, who were members of the Order of the Immaculate Heart, Sister Marcella and Sister Ricarda were omitted.