Some of the records about Patrick and Mary Lindsay are inconsistent but it appears that Patrick Lindsay was first married to Mary Carney and they had 3 children named James, Mary Ellen and Bridget. Later Patrick married Mary Gill and they had one daughter named Anna. 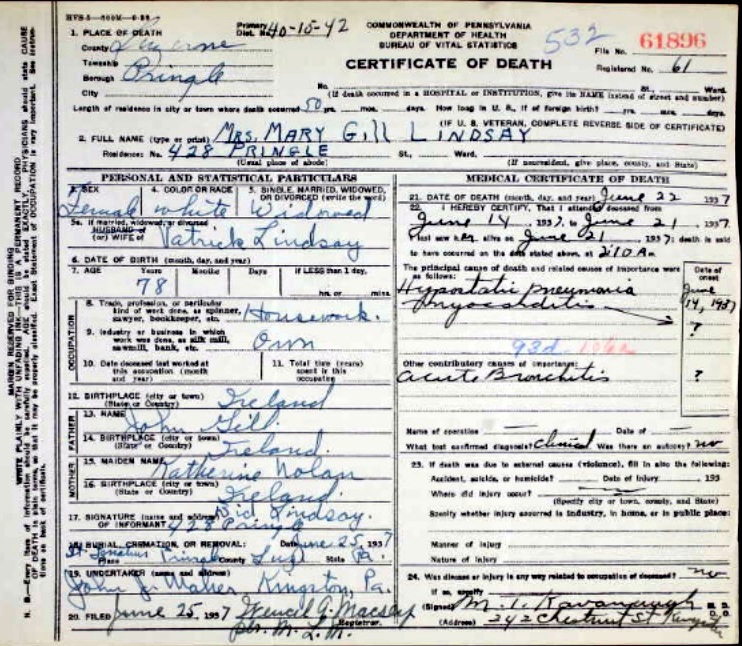 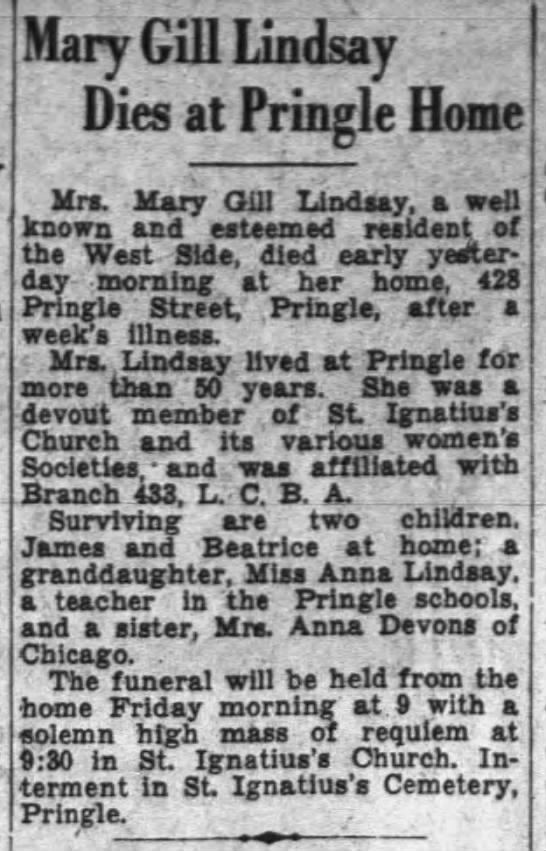