Hazel Gill of Edwardsville was entertained by her cousin, Miss Annie Lindsay, yesterday.

Some of the records about Patrick and Mary Lindsay are inconsistent but it appears that Patrick Lindsay was first married to Mary Carney and they had 3 children named James, Mary Ellen and Bridget. Later Patrick married Mary Gill and they had one daughter named Anna. 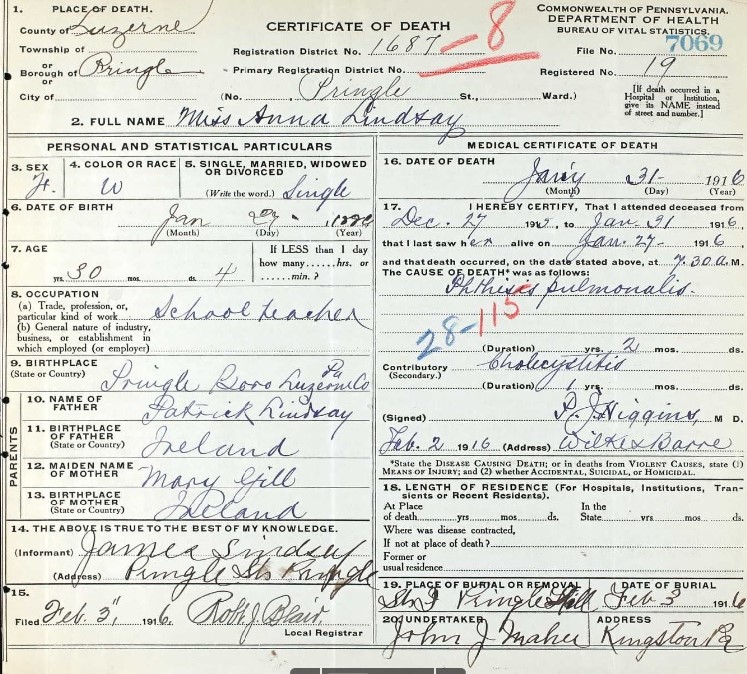 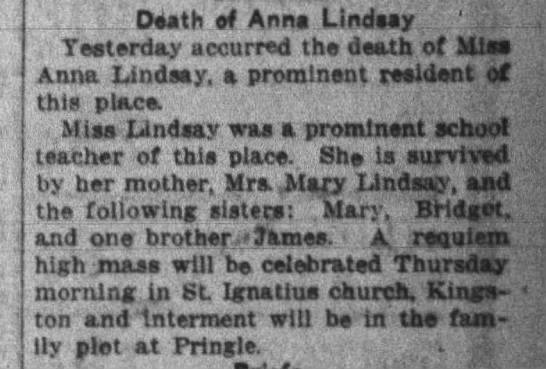