Ray Nolan, 46, a veteran of the World War, died yesterday afternoon at 3 three o'clock at the home of his sister, Mrs. Joseph O'Connell, 312 Academy street, after two weeks' illness of complications.

Mr. Nolan was a communicant of St. Theresa's Church and a member of the Holy Name Society. 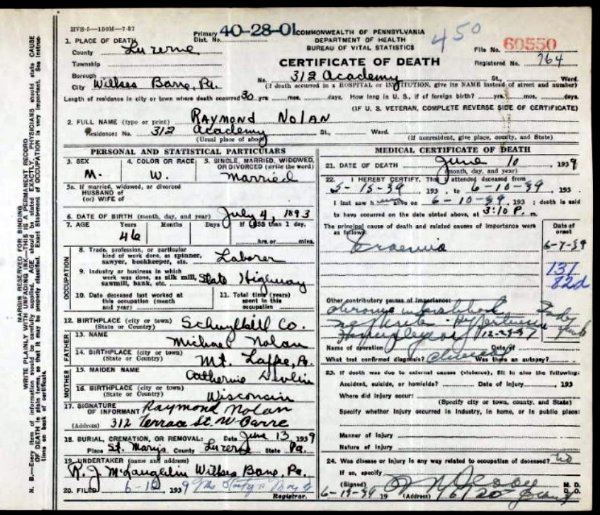