Death yesterday morning at 6 o’clock removed one of Inkerman’s respected pioneer residents, Mrs. Ann Kane, after two weeks illness of the grip, aged 62 years. Deceased with her husband settled in Inkerman when that village had but few homes. She possessed many qualities that endeared her to her neighbors and friends, and in sickness or trouble was always ready to help. Her husband preceded her in death several years ago. She was a member of St. Mark’s (?) congregation. Four children survive. Michael of Miners Mills, Mrs. Timothy Ford of Inkerman, Edward at home, and Mrs. Isaac Hinchcliffe of Sebastapool. The funeral will be held on Wednesday morning with a requiem mass in St. Mark’s Church at 9:30. Interment in St. John’s Cemetery. 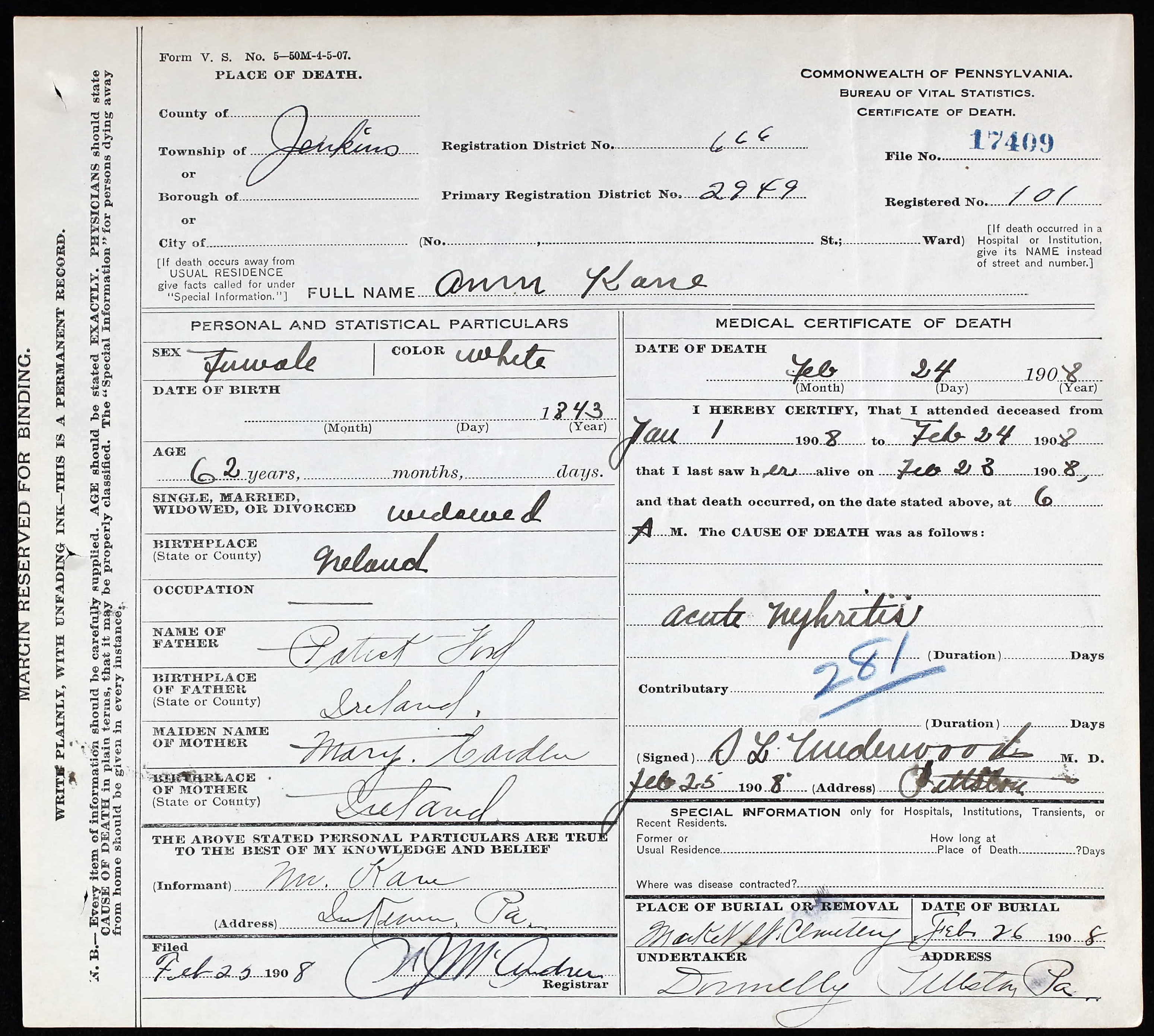